In September, 2016 I started a year-long personal challenge of doing something each week that I’d never done before then writing about it. This is week 22. 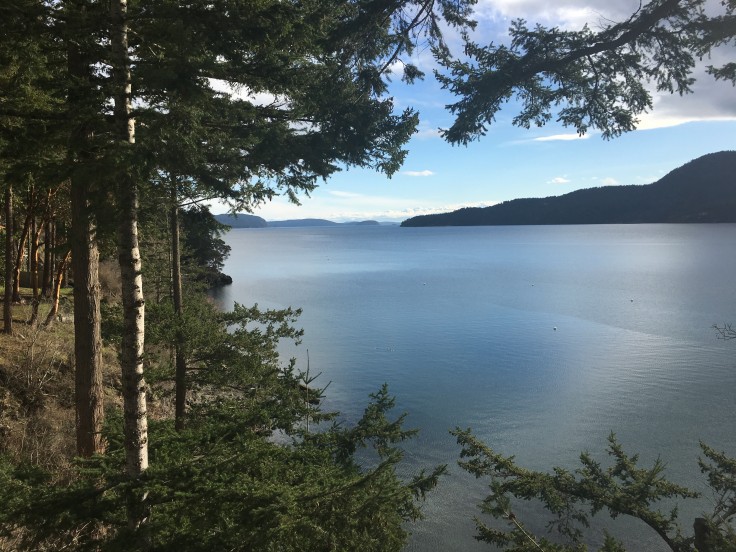 For many months, Elaine and I talked about going on a little vacation. Other than overnight trips to the coast here and there over the last couple of decades, we hadn’t gone off on our own since a two-week trip to Mexico back in the mid-90’s. Driving up to Orcas Island for a three-night stay isn’t exactly the same level of adventure, but it’s what worked for our bodies and our budgets. As you can guess from the photos, it did not disappoint. 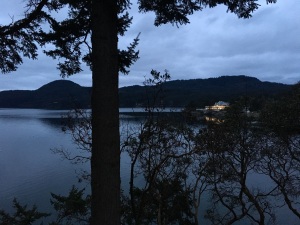 I was determined to limit news and social media consumption in order to give myself a much-needed break from the onslaught and to slow everything down to island time. I peaked for a minute or two, just to make sure we hadn’t declared war on someone, but otherwise we’ve been swimming in the hotel pool and driving around the sparsely populated island. We tried twice (and failed twice) to catch a glimpse of the expansive view from the top of Mt. Constitution, but settled for a sighting of a rare white deer (ancestor of a white buck that, reportedly, once roamed the island) and the beauty of fog and forest. Today we hung out at Doe Bay Resort, soaked in their well-situated hot tubs as well as the delicious sun. 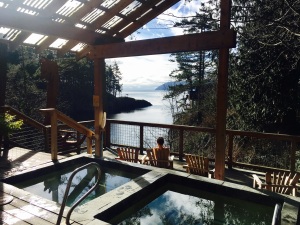 At night, Elaine makes dinner, I pour the bourbon and we watch Hoarders or funny movies or the slow-turning pages of our books. Mobility issues make travel different for Elaine now, but there is still plenty of beauty to catch. There are a million places within driving distance that we have never seen and I hope to make it to many more of them in the years to come. It doesn’t matter if we’re hugging a half-washed out road in southern Mexico or winding through the moss-thick curves of the San Juans, we have this long, wide friendship between us. It is portable and plentiful and worthy of celebrating with a beautiful view.